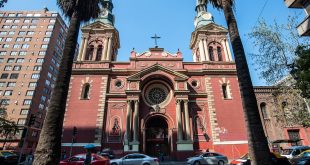 Many members within a family hold different beliefs on various issues like religion and politics. For this reason, many members of those families expect a bit of controversy when they come together for a special occasion or just to have dinner. With the November presidential elections upon us, we can only assume there are going to be many households under attack these next couple of months.

To discuss politics or to not discuss politics is the question many ponder. Rest assured that there are going to be those few who do not beat around the bush and are sure to voice their opinions loud and clear. Responding with your own opinions may only add fuel to the fire, so you should either remain quiet or state only the facts. Do not contribute to the conversation at all if these family members are bickering about what they heard in the media, because chances are this is the only information they have bothered looking at and are not interested in the facts. Politics should not be made into a battle, or winning. If these issues are discussed keep it simple and as unbiased as possible, making sure nobody is offended.

Then there are those who do not discuss politics, period. Do not try to engage in a political debate with these people. They have the right idea by not discussing their political views with family members. These members have probably weighed the options and came to the conclusion that there is no good to come out of these conversations and their choice to remain out of political conversations should be respected.

So what do you do if Uncle George has been ranting for an hour about the party that you are voting for during the election and you begin to feel smoke come out of your ears? Try to change the topic or, if you must, ask him questions pertaining to the validity of his remarks, in a neutral manner. You may ask where that information was obtained and why he believes it to be true. You will then be making family members look beyond what they thought was true without getting angry or causing controversy.

Chances are politics are always going to be a hot topic around the dinner table, but handling the situation gracefully will prevent tension between you and other family members. We already hear enough controversy among politicians from the media and should allow time spent at the dinner table with family an opportunity to connect, not a battle between right and wrong. Those who are offended because of these political debates amongst the dinner table will hold those thoughts fresh in their minds long after the election. It is important to keep in mind that not everybody shares the same views, even if they are family.

Previous The importance of gold in history and today
Next Tips To Get A Loan Fast!