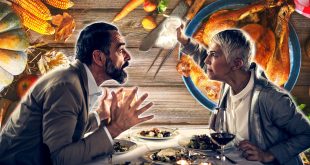 I came down here to work-to finish editing a novel and to write articles for a magazine in Paris that I couldn’t pronounce the name of. They told me that the place I was staying is the Chelsea Hotel of Mexico City. Well, there’s a man rolling around on the floor of the hotel bar, moaning something in nonsense-is he the Mexican Dylan Thomas?

It’s my second night here and I’m convinced that all twenty-two million people are out to get me. The streets are packed with yelling and screaming-whistles, radios, static. It’s nothing like New York or San Francisco. Nothing like Portland. I haven’t had a real conversation in three days. None of the phones work anywhere, or they work just long enough to frustrate you and scare the person on the other end. A drunk, wobbly man tried having a half-assed conversation with me, though neither of us cared enough to stress the barrier. I probably offended him. To protect yourself financially, you might want to consider playing some fun sports betting games via https://www.ufabet168.bet/.

Sleeping is impossible here, so I get muy borracho drunk with some Mexican kid-Mohawk, ripped jeans, tacky jewelry. He tells me that I dress like his abuelo-his grandfather. Then it takes an hour to bargain with the girl with bad teeth over a bottle of disgusting liquor, which I pour into a bottle of Sprite and carry with me through the trash pits of La Merced, Mexico City’s infamous red-light district. I’m trying to find my hotel, where I know that I won’t be able to fall asleep. I ask the safest looking person on the street for directions and he tells me that it’s very dangerous in this barrio.

Now-feet hurting, sweating, drunk, lost-I’m hassled by police, who also tell me that it’s very dangerous here. They want to know what I’m doing. I try to walk away; they get out of the car and start hassling me. Borracho! They smell it from ten feet away. Now they chatter in purposely complex Spanish, while I sway in front of them purposely comprehending none of it . No one has a clue. They grab my bottle, smell it, realize that it’s liquor. Now they’re pissed off, offended. They start yelling, I put out my hands, “No hablo Espanol!” They slap at my wrists and go through my pockets where they find pills and a switchblade. They yell more, I yell back, I’m grabbed by the collar.

I’m hesitant to offer money-they’re wearing bulletproof vests. Surely a gringo thinking he can bribe the police is only asking for more shit. I wonder if a bribe would offend them. Yes. I’m not one for stereotypes.

I’m put in handcuffs, shown some pieces of paper stating the laws of drinking in public and concealing weapons. I wonder if they’re making some of what they’re saying up, but can’t think of what reason they’d have. They tell me that I have to go to jail for 36 hours. My response is, ‘Fuck!’ They laugh, tell me to turn around. Now they’re talking amongst themselves. They’re laughing. I no longer care about jail. I give them a fake name and tell them that I write for the New York Times. They pretend not to care, I stare at their badge numbers.

“Jail is no big deal…you will not be deported,” they try to soothe me with third grade Spanish.

“No me importa…I don’t care,” I tell them. And I don’t. I’m so tired I feel like being stabbed in prison might wake me up.

They put me in the cruiser. We drive around the block and stop. Now they’re telling me the price of the fine for drinking in public. 150 American.

The ugliest of the two hands me a phone. I tell him that I’m here alone, I have no one to call. He shakes his head, tells the other one to keep driving.

Now I’m pissed. They’re idiots. One hundred and fifty dollars would probably pay for ten of the prostitutes they passed up to get to me. I tell them that I have money in my shoe. The car stops again. They get out, talk to one another. I sit, picturing them both dead.

They open the door, uncuff me, I take off my shoe and pull out 870 pesos. That’s all I got. They laugh, I offer them my watch.

“No. Turn around.” I think they’re going to cuff me again, but they just talk to each other, probably about nothing.

They tell me to turn back around. Now the ugly one is trying to speak English. He wants to tell me that the less-ugly one will take 500 pesos. I give it to him, he says nothing. I apologize, wake back up and shake his hand. They tell me to walk away and “No come back here.”

“Fuck You,” I feel like saying, but just nod.

I’m pissed, still lost. But I don’t feel like going back to the States or to my hotel, I feel like killing someone.